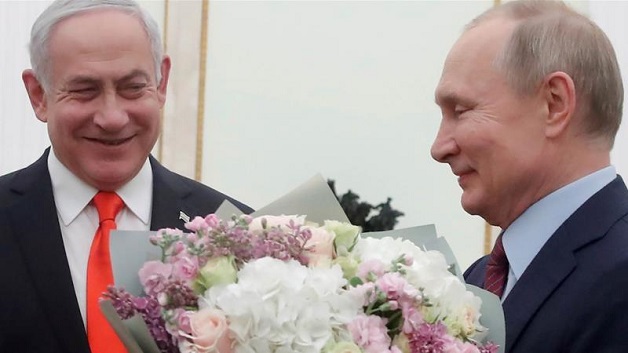 The Israeli prime minister visited Moscow on Thursday to discuss the US Middle East plan and take an Israeli woman who had been jailed in Russia back home.

Benjamin Netanyahu made a stopover in Moscow after visiting Washington, where President Donald Trump has he unveiled his long-awaited Mideast peace plan Tuesday.

Trump’s plan envisions a disjointed Palestinian state that turns over key parts of the West Bank to Israel. It sides with Israel on key contentious issues that have bedeviled past peace efforts, including borders and the status of Jerusalem and Jewish settlements, and attaches nearly impossible conditions for granting the Palestinians their hoped-for state.

Netanyahu told Russian President Vladimir Putin as they sat down for talks in the Kremlin that he wants to discuss the plan and hear his opinion about it.

Ban on sale of sweet drinks in schools as Trinidad and Tobago faces childhood...