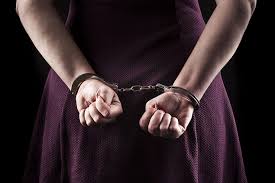 A female Puerto Rican police officer has been arrested on human smuggling charges following a US Immigration and Customs Enforcement Homeland Security Investigations (HIS) probe into allegations against her.

According to court records, 32 year old Luz Zoraida Rojas-Delgado got in touch with an individual to request assistance to smuggle a friend from Antigua to Puerto Rico.

The criminal complaint also alleges that she engaged in communications with other people in an attempt to make a deal for the venture, but did not agree with the price of US$3,000 established by the alleged smuggler.

The HSI investigation revealed that on August 25th, Rojas-Delgado agreed with an undercover agent, who she believed was a smuggler, to bring her Dominican friend from Antigua for US$2,800.

HSI special agents arrested her at a local fast food restaurant after she met with an undercover agent to whom she paid $1,800. If convicted, she faces up to 10 years in prison.