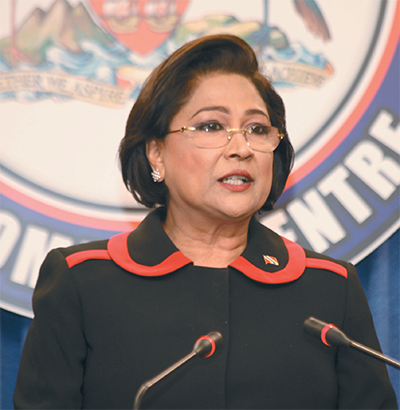 Former Trinidad and Tobago prime minister Kamla Persad-Bissessar has hinted at not pursuing a legal challenge to the results of the September 7thgeneral election, saying members of the coalition People’s Partnership “will do our patriotic duty as members of the Opposition”.

In a posting on her Facebook page, Persad-Bissessar said that the “result of an election is an expression of the will of the people”, and that she was taking this opportunity to congratulate her opponent Dr. Keith Rowley on his victory.

Persad-Bissessar had said she would challenge the results of the elections after indicating that the coalition was ahead of the polls when the Elections and Boundaries Commission (EBC) decided unilaterally to extend the voting period by one hour due to the inclement weather.