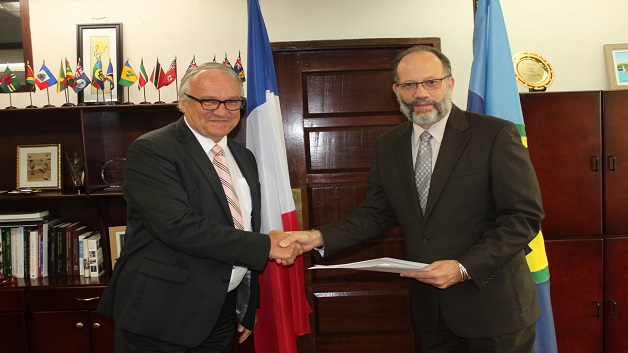 CARICOM Heads of Government has issued a call to the European Union to cease the blacklisting of CARICOM States, which have already made commitments to reform their tax structures in good faith.

The call was made during the 30th Intercessional meeting of the Conference of Heads of Government of the Caribbean Community (CARICOM) which concluded in St Kitts and Nevis yesterday.

Heads of Government said they recognize that the blacklisting of CARICOM Member States by the European Union (EU) has wrought considerable reputational damage to the Community.

In this regard, Heads of Government viewed the EU’s approach to “tax good governance” as an infringement of their sovereignty, coercive and harmful to the future of a key economic sector in CARICOM – without providing any empirical evidence of instances of tax avoidance.

In this regard, Heads of Government welcomed the initiative of the CARICOM Committee of Central Bank Governors to convene a Biennial Caribbean Regional Conference on AML/CFT Risk Management commencing this year. This Conference will allow for the dissemination of information on Member States’ AML/CFT Frameworks as well as facilitate the Community’s engagement with AML/CFT stakeholders internationally.