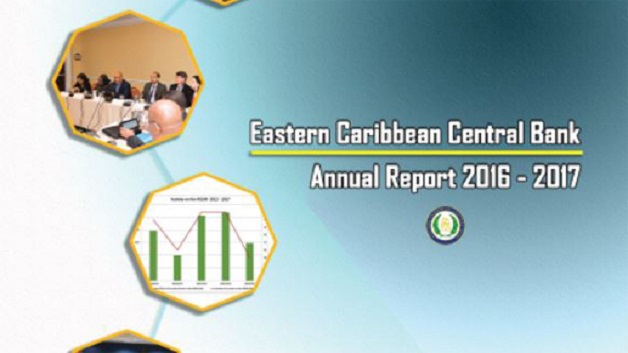 The Eastern Caribbean Central Bank (ECCB) has recorded a net profit $6.3 million for the 2016-2017 financial year.

The Bank’s Annual Report and Statement of Accounts for the financial year ended March 31, 2017, characterizes the 2016-2017 financial year as “a year of recovery”, with operating income increasing from $61.0 million to $77.5 million representing a 27.07 per cent increase over last year.

Governor, Timothy N. J. Antoine who marked his first year in office in February, says the Bank’s profit is a particularly welcomed development after three consecutive years of losses.

Governor Antoine describes the ECCB’s 2016-2017 financial year as “highly successful with several highs and one major low”, that low being the passing of former Governor, Sir K Dwight Venner, in December 2016.

The other key achievements of the ECCB for the year include: maintenance of the stability of the EC dollar; advancement of projects to improve access to financial services by medium, small and micro enterprises; forging consensus on a Plan of Action for addressing growth, competitiveness and employment in the ECCU; launch of a country outreach programme to deepen the ECCB’s engagement with its member governments and stakeholders; and finalization of a Strategy Plan which sets out the vision for the Bank for the next five years.

In the new financial year, the ECCB will focus on: maintaining the stability of the EC dollar; working with member governments to raise growth from 2.2 per cent in 2016 to 3.0 per cent in 2017, with the aim of moving towards 5.0 per cent per annum; advancing work on financial sector stability and development initiatives including; the Eastern Caribbean Asset Management Corporation, the ECCU Credit Bureau and the Eastern Caribbean Appraisal Institute; launching of a new and improved website; and launching and implementing the Bank’s Strategic Plan.