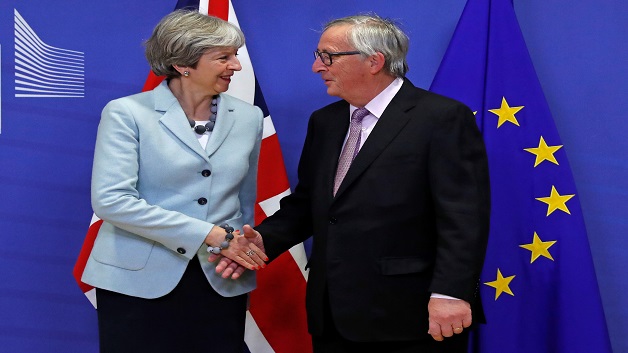 Britain and the European Union (EU) struck a divorce deal today that paves the way for trade talks, easing immediate pressure on Prime Minister Theresa May and boosting hopes of an orderly Brexit.

May rushed to Brussels before dawn to seal the European Commission agreement that “sufficient progress” had been made to begin talks about trade and a two-year Brexit transition period that will start when Britain leaves the EU on March 29, 2019.

Negotiators in London, Brussels and Dublin worked through the night before breaking an impasse over the status of the Irish border, the last major obstacle to the opening of trade talks which EU leaders are due to discuss at a summit from December 14-15.

Speaking at the EU’s executive headquarters in Brussels, May said opening up trade talks would bring certainty for citizens and businesses about Britain’s future after quitting the EU.

Downing Street says the so-called “divorce bill” will amount to between 35 billion and 39billion British Pounds.

Asian Cup qualifier is postponed due to North Korea tensions