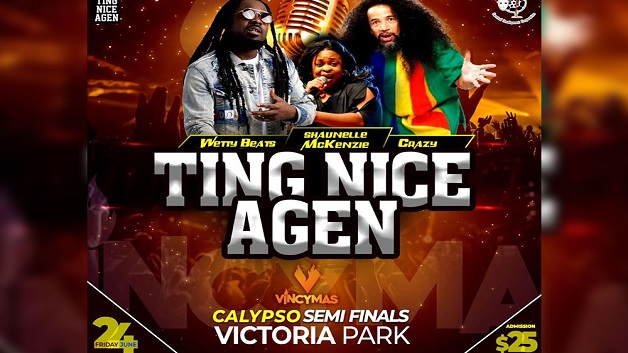 VincyMas is back! And the CDC is kicking off today with ‘Ting Nice Agen’, the Calypso semi finals taking place later today, where the 22 semi-finalists will compete to see who moves on to the finals.

The event will be headlined by ‘Ting Nice Agen’ soca superstar Wetty Beatz.

Attendees can also expect to be treated to a performance from Krazy out of Trinidad and Tobago.

‘Ting Nice Agen’ will emanate from the Victoria Park and admission is $25.

Other events set to place this weekend are the Junior Carnival on Saturday June 25th and then on Sunday June 26th Ragga Soca and Soca Monarch semi finalists will battle it out at Royal Rumble to see who gets a chance at the crown in the finals.