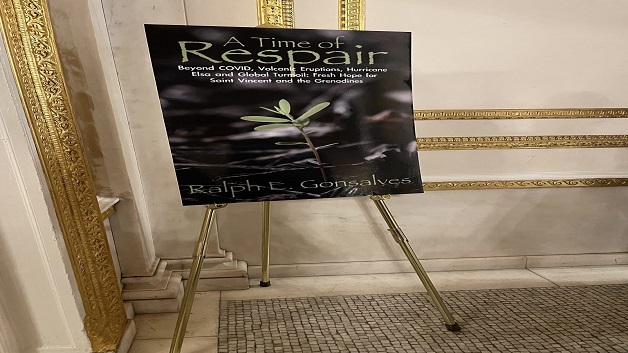 The book is titled “A Time of Respair – Beyond COVID, Volcanic Eruptions, Hurricane Elsa and Global Turmoil: Fresh Hope for St Vincent and the Grenadines”.

Former President of the United States of America, Bill Clinton and Secretary-General of the United Nations,  António Guterres were among those who received copies.