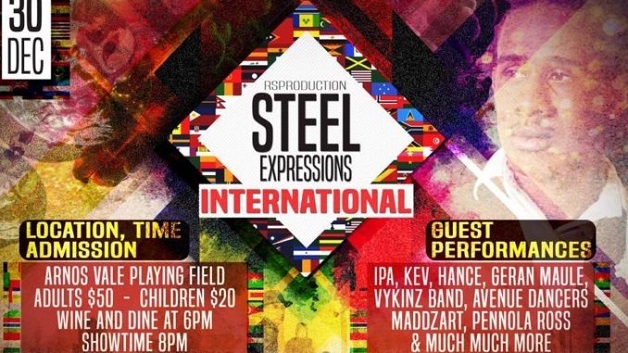 Patrons are being encouraged to represent different nationalities in their attire when they attend this year’s staging of Steel Expressions.

The annual event, which is in its fifth year, has now adopted the theme “International” – embracing cultures from around the world.

The event, which is the brain child of pannist Rodney Small, is slated for December 30, 2017, and patrons will be taken through an international ethnic journey of music, food and fashion.

President of the SVG Medical Association, Dr. Rosalind Ambrose expressed appreciation to Rodney and his team for opting to donate proceeds from this year’s event towards childhood Cancer.

The event will begin with a wine and dine segment at 6:30pm on December 30, where a variety of dishes from various cultures will be on sale.

Other new additions to the event include a Children’s zone where the children will be given added entertainment through collaborations with Playtime by Uncle Skinny, Tus-T Water and the No. 14 Rangers Company.

Sandra “Singing Sandra” DesVignes of Trinidad and Tobago will be the other headline act of the show along with Rodney Small. There will also be an African performance and final arrangements for an act out of Cuba are being made.