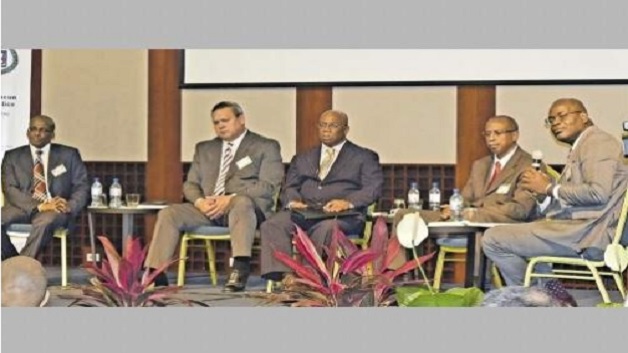 Deputy Commissioner of Police (DCP) Selvin Hay says while it is easy to get firearms into Jamaica via the country’s unmanned ports, due to corruption, it is becoming easier to do so through controlled ports.

Hay, who has responsibility for the crime and security portfolios in the Jamaica Constabulary Force, made the statement on Tuesday during day two of the 33rd annual general meeting and conference of the Association of Caribbean Commissioners of Police in St. James.

He was part of a panel that was discussing the topic ‘A holistic approach to stem the occurrence of gun violence’ when he pointed out that, although the police are embarking on electronic surveillance, tightening border protection and patrol, and obtaining marine assets to assist with the protection of 145 unmanned ports, the dilemma persists.

“And, even [though] we are successful in that respect of the strategy, we are seeing that firearms are coming in through the controlled ports. And so, the issue of corruption is rife and right in the middle of that major problem,” Hay said according to a report by the Jamaica Observer.

Firearms are responsible for approximately 80 per cent of the crimes committed in Jamaica over the past three years.

Meanwhile, in the twin-island republic of Trinidad and Tobago, according to Assistant Commissioner of Police (Acting) McDonald Jacob, there are more than 200 gangs.

He also noted that gun violence is an issue in Trinidad, informing the conference that over the past two years, approximately 2,000 firearms were seized. He said, too, that since the start of the year, almost 400 cases have been reported.

Prayer and Candle Light Vigil to be held in SVG