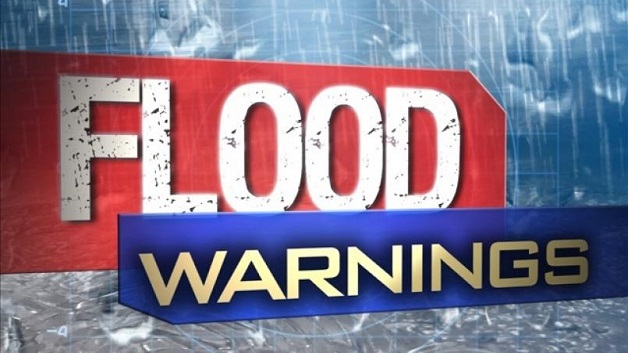 A Flood Warning is effect for the St. Vincent and the Grenadines and will remain until 6:00 pm today.

A Flood Warning is issued when flooding is imminent or is already occurring.

The National Emergency Management Organisation (NEMO) says overcast and breezy conditions are expected with the potential for further outbreaks of moderate, heavy and at times isolated thundershowers across St. Vincent and the Grenadines.

The possibility exists for isolated flooding in flood prone areas.

Slopes and hillsides are expected to become increasingly vulnerable to land slippage as soils are already saturated.

NEMO has already received several reports of landslides and flooding, and is urging all residents living in areas prone to flooding, land slippage and along river banks in areas such as: Basin Hole, Mt. Young, Gorse, Colonaire, South Rivers, Marriaqua, Calliaqua, Campden Park, Vermont, Buccament, Spring Village, Chateaubelair and Mesopotamia, to be vigilant and exercise caution.

Prime Minister Gonsalves calls on tax-payers to pay their taxes as required under the...