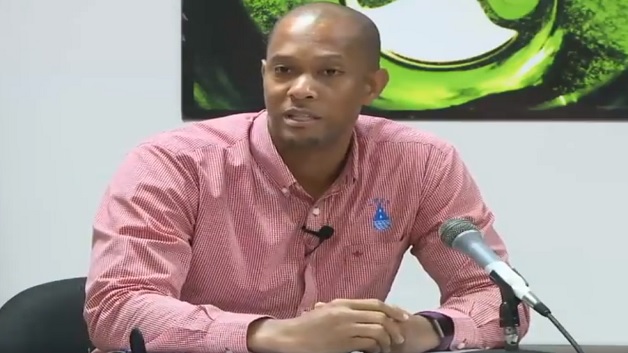 Senior Water Engineer at the CWSA, Bernard Maloney during a press conference on Friday in response to a question addressed the feasibility of desalination in St.Vincent.

“To answer your question about desalination, I pulled some data from the Cayman Islands which uses reverse osmosis  desalination one hundred percent and I was doing a comparison and what I found was that; for a typical household of about four people, consuming 30 gallons a day, their water bill will be the equivalent of two hundred and sixty six (266) EC Dollars  and that is excluding any additional charges, just the consumption, whereas in St.Vincent that is only twenty seven (27) EC dollars, so there’s a huge cost factor.”

Mr. Maloney went on to discuss the possible environmental impact of desalination, pointing to the reject stream which contains a lot of contaminants.

Desalination is a process that takes away mineral components from saline water. More generally, desalination refers to the removal of salts and minerals from a target substance.

Outstanding athletes in the SVGCC Athletics Championships to receive awards during special ceremony this...