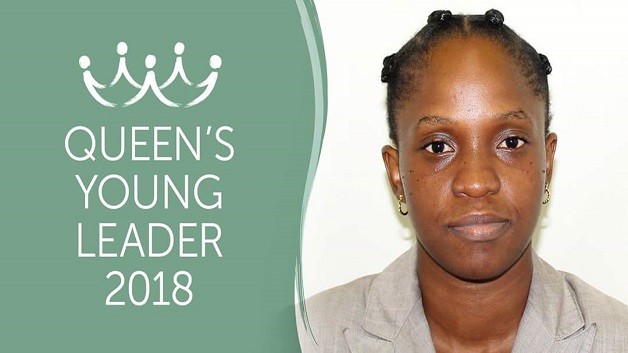 Vincentian, Jodie Dennie is among young people from across the Commonwealth who will receive the Queen’s Young Leaders Award at a special ceremony at Buckingham Palace, London, on Tuesday, June 26.

The Queen’s Young Leaders programme was established in 2014 by The Queen Elizabeth Diamond Jubilee Trust in partnership with Comic Relief, The Royal Commonwealth Society and the University of Cambridge’s Institute of Continuing Education, in recognition of The Queen’s lifetime of service to the Commonwealth.

The award recognizes the work that young people from across the Commonwealth are doing to transform lives in their community and beyond.

Jodie, who champions the issue of mental health in her community, is the creator of The Mind Matters SVG campaign, which aims to teach people, aged 10 to 30 about the importance of good mental health.

Her work, which has the support of the Ministry of Health, Wellness and Environment, has included giving presentations to young people at three summer programmes and holding art therapy and sports sessions to show how these activities can help to improve people’s mental health.

Jodie’s interviews of two local people about their experiences with depression were used by the World Health Organisation on World Health Day as part of its ‘Depression: Let’s Talk’ campaign. She created social media sites to promote the campaign at a local, regional and international level.

This is the third consecutive year that a young Vincentian is among young people from across the Commonwealth who are being recognised as exceptional leaders in their community.

In 2015, Vincentian journalist Kenville Horne was announced as a recipient of the prestigious Commonwealth Queen’s Young Leader Award, and in 2016 Vincentian poet Dillon Ollivierre was selected to receive the Award.

Parents of students who died in Rock Gutter Tragedy says it has been a...