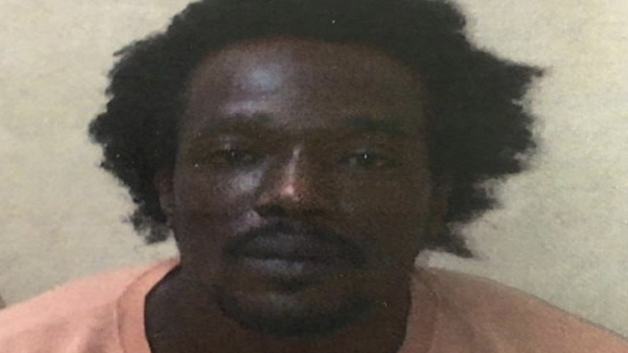 Lejay “SOUPS” Alexander, the man wanted as a person of interest in the shooting of Lionel “Gabler” George of Rockies, turned himself in to the authorities yesterday evening.

According to a police report, Alexander the suspect in a shooting incident, which occurred in Middle Street, Kingstown in the vicinity of Prescott’s shop yesterday morning, surrendered himself to the police at the Major Crimes Unit in the company of his lawyer, Mr. Grant Connell, following the wanted bulletin which was issued for his arrest.

According to information received from a reliable source, the victim and his common law wife who conduct business in Middle Street were unpacking clothing for sale to members of the public – when about 9:02 am, a male suspect came from the direction of Gonsalves Liquors and pointed a gun at George, firing off several bullets towards him.

As a result, the he sustained injuries to his body and was later rushed to the Milton Cato Memorial Hospital (MCMH) where he was treated by a team of medical doctors.

The Police said St. Vincent and the Grenadines still remains a safe and peaceful country. These and other shootings according to police intelligence are mostly drug related. Nonetheless, no effort is being speared by law enforcement officials to maintain law and order and to bring the perpetrators of crimes to justice.

FLOW committed to offering scholarships to students of SVG