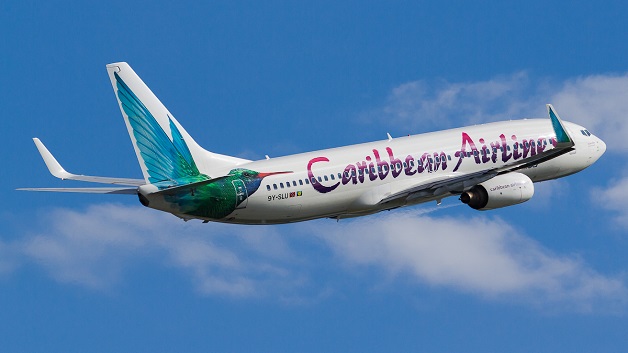 The reception organized by the St. Vincent and the Grenadines Tourism Authority (SVGTA) and Caribbean Airlines was held at Beachcombers Hotel at Villa.

Beginning on March 14, 2018, which is National Heroes Day here, CAL will operate a weekly non-stop service every Wednesday between JFK and AIA.

Ms. Veena Rattan-King, Sales Executive of Caribbean Airlines in her remarks at the ceremony said “this service between John F. Kennedy International Airport in New York and Argyle International Airport will provide more travel options between the Eastern Caribbean and North America. It will also serve as an international gateway to St. Vincent and the beautiful Grenadine islands.”

Ms. Rattan-King said the weekly non-stop service will operate as BW552 and BW553.

Meanwhile, Mrs. Bianca Porter, Chairperson of the Board of Directors of the St. Vincent and the Grenadines Tourism Authority said CAL was among the first airlines to land here upon commencement of operations at Argyle International Airport on February 14, last year.

She noted that in 2017, 47.91 percent of stay over visitors in St. Vincent and the Grenadines originating from the United States came from New York and New Jersey, and this bodes well for the success of CAL’s upcoming weekly scheduled flights between JFK and AIA.

Mrs. Porter said “the New York non-stop flight will be an important factor in increasing our visitor arrivals, especially at high demand periods such as Easter, Carnival and Christmas,” and added that “It follows that our hotels, restaurants and other service providers must be prepared to deliver a high level of service to the anticipated large influx of visitor to our shores.”

Hawaii baby is 1st US birth with ZIKA defect