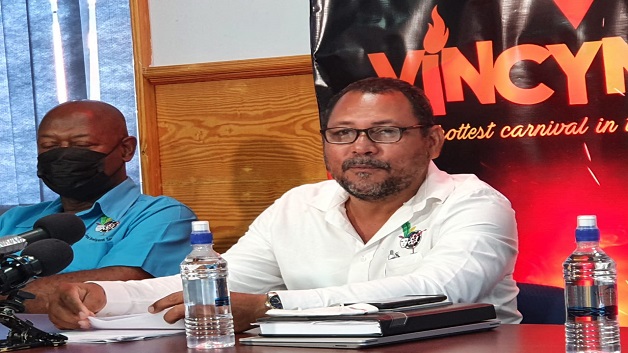 Miss SVG pageant is set to take place on the night of October 29th, 2022, with all 8 contestants unveiled at a sashing ceremony held earlier this week.

Chairman of the Carnival Development Corporation Ricardo Adams explained that this move to October will benefit the pageant in numerous ways. One of the benefits mentioned by the CDC Chairman is the increased focus that will be placed on it.

“A couple of years ago we had discussed the possibility of moving the Miss SVG Pageant to an October timeframe, and we took that decision for a number of reasons; and principal among that was the fact that it could then get its own focus, stand as a more cultural heritage type of Miss SVG, rather than be pegged to the carnival product,” he said.

Adams pointed out that if the event was still take place in the carnival season this year it would have already happened by the time the sashing ceremony was taking place. He said this move to October also allowed for the use of a Jazz band at the opening cocktail, saying this would this would not have been possible if it were a carnival event.

According to the CDC’s Chairman, two other factors that contributed to the move of the pageant from June to October is the limited amount time available to prepare the contestants as well as the fact that by June most people are more focused on party aspect of Carnival.

“This was actually driven on us this year by virtue of the fact that we could not prepare the delegates adequately to get them ready for a June/July festival. So while it was something we envisaged years ago, we’re actually driven by circumstances this year and we really hope that it will be a success,” he added.

This will be first Miss SVG pageant to take place since 2019. The event has been missing in action since then due to COVID-19 pandemic.