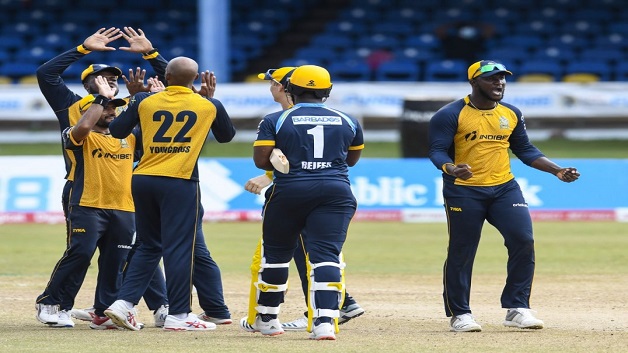 Reigning champions Barbados Tridents bungled a straightforward run chase to slump to a shock defeat as St Lucia Zouks made history with the lowest total ever defended in Caribbean Premier League history on Sunday.

The result seemed a foregone conclusion when leg-spinner Hayden Walsh’s three-wicket haul sent Zouks tumbling for 92 off 18 overs – the joint second-lowest total in the franchise history and lowest in this year’s tournament. Najibullah Zadran (22) was topscorer for the Zouks.

However, Tridents then showed precious little intent as their run chase meandered aimlessly, and were three runs short of their target at the end to plunge to their second defeat in as many days and their fifth in seven games.

Prime Minister appalled over theft of sheets, pillows and chairs from Medical Complex at...