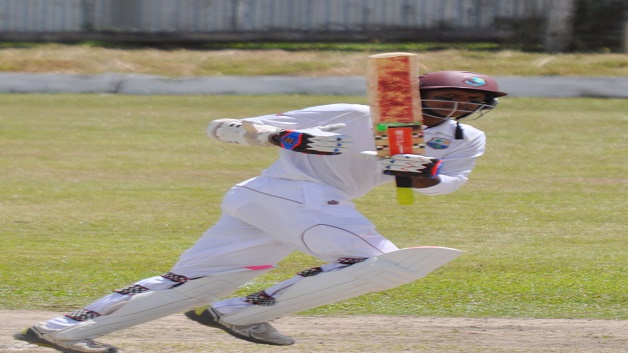 Chanderpaul, son of former West Indies batsman Shivnarine Chanderpaul, finished unbeaten on 62 and Johnson made 61, as the Jaguars, successfully chased down 178 for victory to complete victory close to an hour before the scheduled close on the final day of their fifth-round match at the Guyana National Stadium.

The pair shared 117 for the second wicket to ensure the home team had little trouble making it over the finish line which came when Test batsman Vishaul Singh struck part-time off-spinner Kenroy Williams for the last of his four boundaries in 22 not out.

The result gave the Jaguars their fourth victory of the season and they have now extended their lead at the top of the table, moving to 86.4 points, having gained 21.6 from this match. Pride has now moved to 47.8 having collected 5.6.