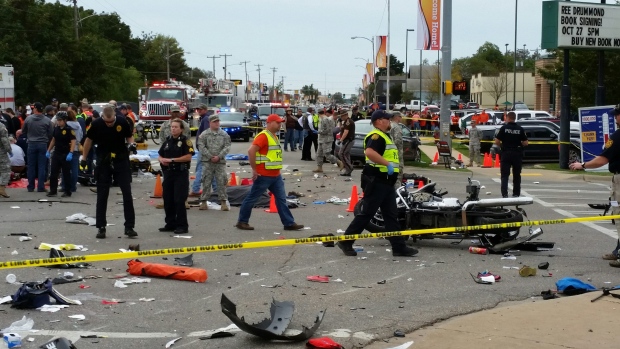 A 25 year old woman who drove into a crowd of spectators at a homecoming parade in the US state of Oklahoma, killing four people, has been charged with second-degree murder and is expected to appear in court today.

But Adacia Chambers, lawyer says she was not drunk at the wheel of her car, as police suspected, when she hit the people in Stillwater.

According to BBC News, witnesses described dozens of bodies being flung into the air, after Ms. Chambers’ car hit a parked police motorbike before ploughing into spectators at the Oklahoma State University homecoming parade.

Three adults and a two-year-old boy died, with nine children among about 50 people injured. Five people remain in critical condition.