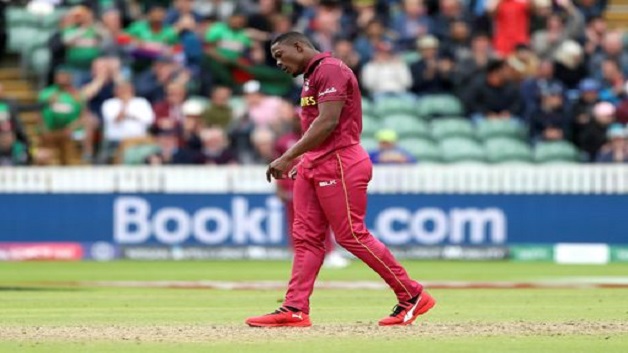 Iconic former captain Sir Vivian Richards has criticized the Windies’ approach to their ICC World Cup campaign which he describes as “one dimensional,” and has slammed the lack of intensity shown in their defeat to Bangladesh on Monday.

Sir Viv, who never lost a Test series as captain – told the Observer that the team is too one dimensional,” with no formal plan, where if this particular plan isn’t going to work then what about the plan B, plan C or whatever the case is.

The Windies went down by seven wickets to Bangladesh in Taunton to suffer their third defeat in five matches, and remain on three points in seventh spot in the 10-team table.

Their lone win came against Pakistan in their opener three weeks ago.

The Caribbean side attracted criticism for their persistence with the tactic of short-pitched bowling, which worked well against Pakistan and Australia – but backfired against the Tigers, who completed their highest-ever run chase of 322 to win with 51 balls remaining.

Centre for Enterprise Development Inc. to host a seminar on Writing a Business Plan