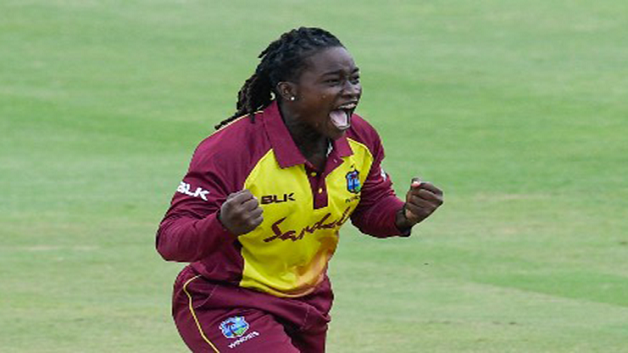 In the latest rankings announced yesterday by the International Cricket Council (ICC), the 27-year-old had jumped two spots to second, following her exploits in the recent ICC Women’s T20 World Cup in the Caribbean.

Dottin overtook West Indies teammate Hayley Matthews and Australia’s Ellyse Perry, and is now only 32 points behind her captain Stafanie Taylor, who tops the list with 353 ranking points.

Barbadian Dottin was one of the few consistent performers for the Windies in the T20 World Cup, making 121 runs and finishing as the joint-leading wicket-taker with 10 wickets.

Meanwhile, Windies women will look to build on their exploits during the recent ICC Women’s Twenty20 World Cup when they tour England next year for a six-match limited overs series at several major country venues.

The England and Wales Cricket Board (ECB) announced yesterday the itinerary for the much anticipated tour, which will run from June 6-25.

The two teams will contest three T20 Internationals and three one-day internationals, the latter of which will form part of the ICC Women’s Championship – the qualification criteria for the 2021 50-overs World Cup.

Proposal made for Single Mums in Guyana to not work night shifts at security...