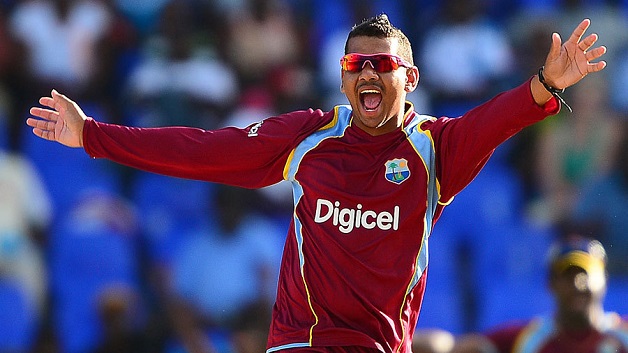 Champion off-spinner Sunil Narine said the unsettling cold temperatures during the one-off Twenty20 International had been difficult to deal with but hailed the professional approach from West Indies after they trounced England by 21 runs on Saturday.

Temperatures at the Riverside in the northeast dipped to 10 degrees Celsius but Narine conjured up an excellent Man-of-the-Match spell of two for 15 from four overs, to help the Windies defend 177.

“Any cricket game you win no matter the conditions I think you enjoy it. It was a total team effort,” Narine said following the victory, while admitting the conditions were close to the coldest he had ever played in.

And with the T20 result under their belts, Narine said he hoped the Caribbean side could now push on to achieve success in the five-match One-Day International series starting today at Old Trafford.

A wet outfield had delayed the scheduled start by two hours and led to a reduced 42 overs per side match, rather than the standard 50.

Warming climate causes dengue outbreak in Caribbean leading to almost 1,400 deaths in the...