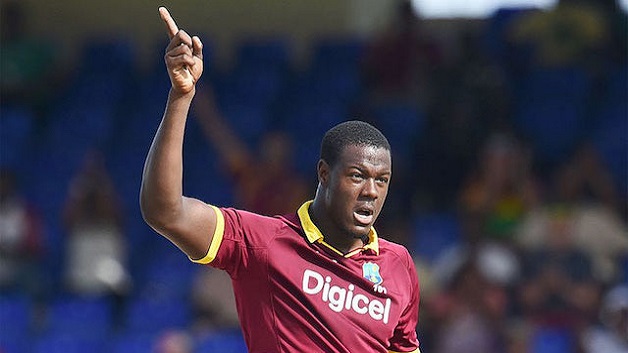 Twenty20 World Cup star, Carlos Braithwaite, has been dropped from the West Indies one-day squad to face Pakistan in the three-match series bowling off on Friday in Guyana.

The 28-year-old all-rounder, T20 captain, was one of two changes to the squad whitewashed by England last month, with Test opener Kraigg Braithwaite also omitted.

They have been replaced by wicketkeeper/batsman Chadwick Walton and fast bowler Miguel Cummins in the 13-man squad which will again be led by Test captain Jason Holder.

Carlos Braithwaite’s one-day form had come under the microscope in recent series and the scrutiny intensified following his struggles last month against England.

A big-hitting lower order batsman, he managed 42 runs in three innings and failed to take a single wicket in 24 overs which also proved expensive.

The second ODI is scheduled for next Sunday with the final game set for April 11.

Teens arrested and charged in connection with Assault, Robbery and Abduction