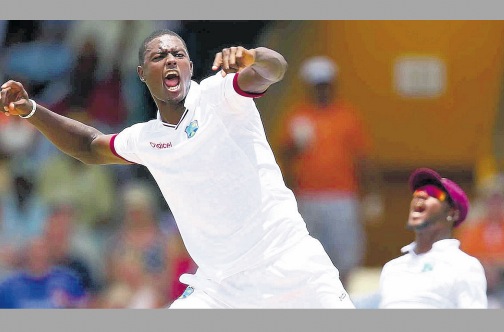 After watching West Indies’ batting fail in both Tests against Sri Lanka, captain Jason Holder says that department needs to take inspiration from the way the bowling stood up during the series.

West Indies were bowled out cheaply in both innings in the opening Test in Galle to lose by an innings and six runs inside four days, and then lost the second game by 72 runs, after being set 244 to win.

The batsmen managed just three half-centuries over the two Tests, with left-hander Darren Bravo getting two of these and Jermaine Blackwood scoring the other.

In contrast, there was a six-wicket haul for part-time off-spinner Kraigg Braithwaite in the second innings of the final Test, with spinners Devendra Bishoo and debutant Jomel Warrican grabbing four wicket hauls in either game.

Two Vincentians arrested with 150 kilos of marijuana in Martinique