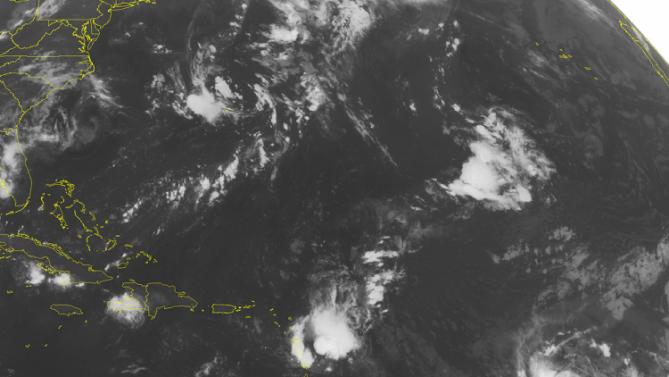 Tropical storm Danny has become a tropical depression as it moves through the Eastern Caribbean, but residents are keeping their eye on a weather system that was 1,250 miles east of the Lesser Antilles.

The Miami-based National Hurricane Center (NHC) said that the shower and thunderstorm activity associated with a low pressure system “has continued to become better organized” since Sunday and satellite data also indicates that “the low circulation is gradually becoming better defined.

It said that “If current trends continue, a tropical depression is likely to form later today or tonight while the low moves westward at around 20 miles per hour.”

According to the NHC Danny was located 20 miles south of Guadeloupe and a tropical storm warning is in effect for Saba and St Eustatius.

Danny is expected to produce two to four inches of rain over the Leeward Islands, the United States and British Virgin Islands, and Puerto Rico through Tuesday.