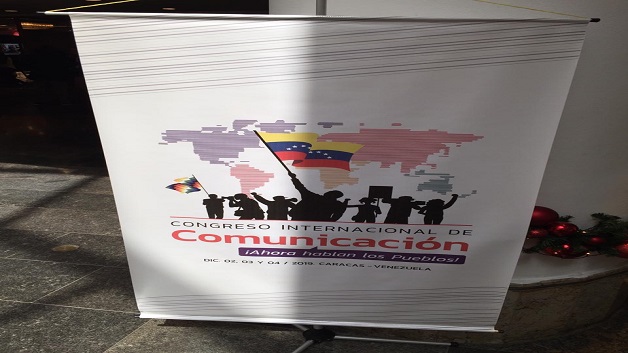 Donnie “Prince” Collins, Programme Manager at WE FM Radio, is one of two local journalists, among over 100 delegates representing St. Vincent and Grenadines at the International Communication Congress, in Caracass, Venezuela.

The Communication Congress called “Now the People Speak” had in attendance, over 37 countries, with regional representation from Barbados, Haiti and Antigua and Barbuda.

Speaking with WE FM News, Mr.  Collins said one of the major highlights of the meeting, was a decision made by the Venezuelan Government to pursue a University that is dedicated to communication studies in territories, whose Governments are friendly to Venezuela.

“The Venezuelan Government yesterday, has agreed to pursue beyond just an idea, a University which would be based in Venezuela and perhaps where classrooms can be found in other territories of Governments that are friendly to Venezuela, a University dedicated to Communication Studies,” said Mr. Collins.

“This is as a result of a three day conference of International Journalists, that convened in Venezuela, to look at ways of combating main stream media propaganda, that is directed against Venezuela. The Venezuelan Government has declared that it will build such a University, starting in January of 2020. World of this came from President Nicholas Maduro at the closing ceremony of the International Conference,” stated Mr. Collins.

The Communication Conference was held from December 2nd-4th.