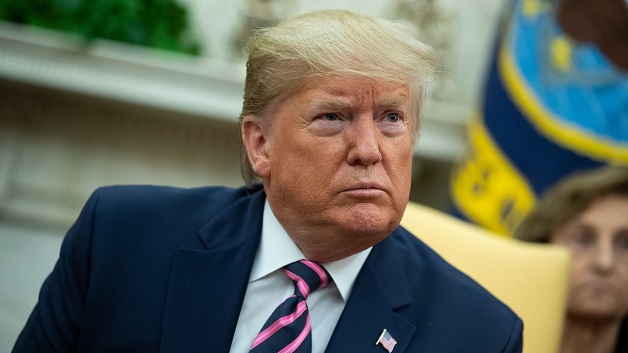 As Washington braces for this week’s expected vote to impeach President Donald Trump, partisan battle lines hardened on Sunday, with Democrats defending impeachment even if Trump isn’t removed from office and Republicans denouncing the integrity of the constitutional process.

The Democratic-controlled House planned to vote Wednesday on two articles of impeachment against the Republican president, and the decision whether to make Trump the third US president in history to be impeached was expected to play out along party lines.

There is some debate between the White House and GOP-run Senate about the contours of the Senate trial anticipated in January, but there seems little doubt the Senate would acquit Trump.

But a seemingly predetermined result has not convinced Democrats that their impeachment effort, which was prompted by Trump’s push to have Ukraine investigate a Trump political foe, was in vain.

Framing the matter as a national security issue, the chairman of the House committee that led the investigation insisted it was “not a failure in the sense of our constitutional duty in the House”.

Democrats expect support for impeachment from all but a few of their members; no Republicans are expected to join them. From the beginning of the inquiry, Trump has tried to cast it as a purely political effort by Democrats to undo the result of the 2016 election.

Trump is accused of abusing his presidential power by asking Ukraine to investigate his 2020 rival Joe Biden while holding American military aid as leverage, and obstructing Congress by blocking the House’s efforts to investigate his actions.

Trump has lashed out repeatedly against impeachment and has told confidants that even if he is acquitted in the Senate as expected, it will be a stain on his legacy.