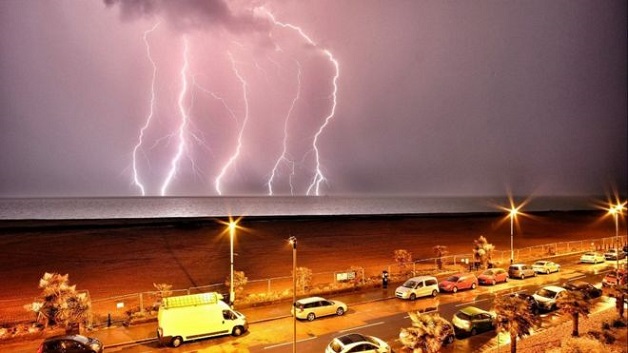 A severe storm swept across the south east of England overnight, bringing intense thunder, lightning and heavy rain to the region.

More than 120,000 flashes of lightning were recorded over northern France and south-east England in just 12 hours.

Between 6:00pm on Sunday and 6:00am today there were up to 500 flashes a minute, according to a report by BBC News.

A house in Staplehurst, Kent, was hit by lightning just after 2:00am, which exploded cables and set the roof on fire. And in Folkestone, also Kent, another house was struck causing a power surge and total electrical failure to the home.