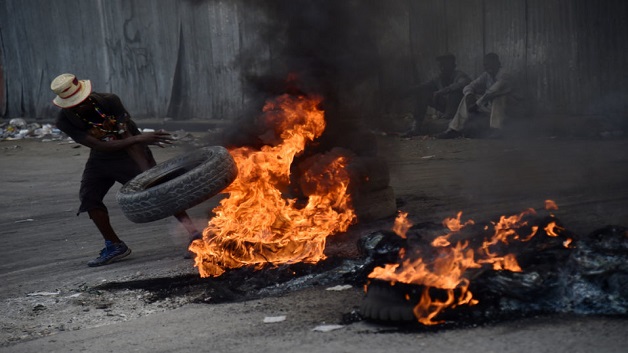 Traffic in the center of Port-au-Prince and on key routes around the city grounded to a halt after protesters threw stones and tires across roads.

Although demonstrators gathered in relatively small groups, the protest took police by surprise — and they were unable to intervene in some blocked-off areas.

Protesters directed their anger toward senators who voted for the 2017-2018 budget last week, and the deputies who approved it Saturday — but some expressed grievances based on false information.

The National Identity Office, which produces the cards, denied Monday the free document would cost 1,000 gourdes once the new budget comes into effect.