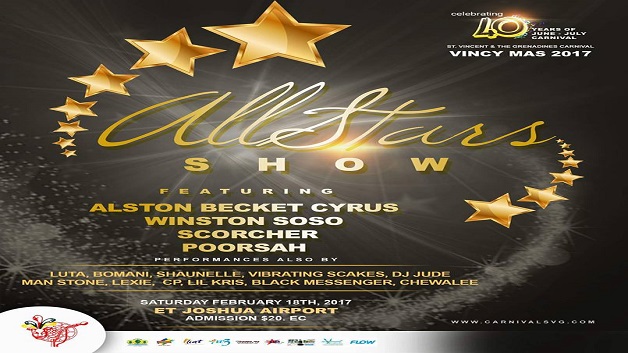 Vincentians will be treated to evolution of Vincy Mas with a series of shows which will walk them through the 4 decades of the change from a pre Lenten carnival to a June-July festival.

This exciting kick off of Vincy Mas 40th anniversary will feature some of biggest stars in Vincentian music including Alston Becket Cyrus, Winston Soso, Scorcher and Poorsah.

An interesting feature will be that of the young performers paying tribute to the greats like the Professor, Tommy T and others in song.