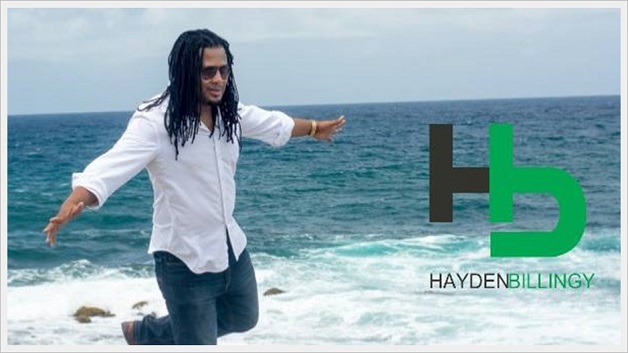 Vincentian born Gospel Artiste Hayden Billingy will be launching the music video for his new single, No Life, later this month.

The song which was recorded and filmed in Havana Cuba was originally released at a live concert in the Gato Tuerto on July 21, 2017.

The music video will be launched on August, 30, 2017 at 5pm at the Flow Wine Bar in Kingstown.

Hayden returned to Cuba, 12 years after graduating with a Bachelor of Science Degree in Forestry Engineering from the University of Pinar del Rio, to record his jazzy reggae “No Life”.

“Since I was a student in Cuba, I wanted to record a song with talented Cuban musicians, for whom I have great respect and admiration” says the local singer turn Regional Gospel Artiste.

“I never dreamt that I would actually work with a popular band in Cuba, let alone film a music video on the streets of iconic Havana” he beamingly added.

No Life speaks of his desperate search for God, seeking for peace and love and realizing that it could only be found in God. The song echoes the theme of dependency solely on God, as the chorus melodiously bellows “I can’t live without you, there’s no life without you”.

The lyrics were written by Hayden Billingy and the song and video were produced by Alejando Major, with musical accompaniment by his band Gala Mayor.

This Cuban-Vincy collaboration was made possible through connections with the former Ambassador Mr. Dexter Rose and the current Ambassador Mr. Ellsworth John, in the Embassy of St. Vincent and the Grenadines in Havana Cuba.

The VAT Bill to receive its first reading, during Sitting of Parliament