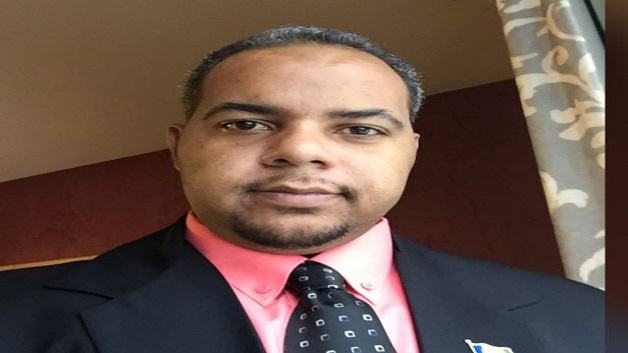 Jamaican born but Vincentian raised Nick Francis has been announced as the Valedictorian of The University of the West Indies (UWI) Open Campus Class of 2017.

Nick commenced his studies at the Open Campus in 2012, after having successfully completed an OAS certification in “Building Capacities of Young Political Leaders in the Caribbean” in the previous year.

He was one of the first students to register in the newly introduced Bachelor of Science (BSc) Youth Development Work programme.

During his years at the Open Campus, Nick was actively involved in the Guild of Students in various capacities. He served as Guild Chapter Chair for the Open Campus St. Vincent site from 2015-2017, as Vice President of Special Projects and Fundraising on the Regional Guild Executive 2015/2016, and as Chair of the Constitution Review Committee on the Regional Guild Council for the 2016/2017 academic term.

A youth advocate and activist, Nick also served as President of the Young Democrats – the youth arm of the New Democratic Party in St. Vincent and the Grenadines- from 2009 to early 2017.

Nick currently serves as a Youth Development Consultant within the Caribbean Democrat Union, a sister party network supported by The Westminster Foundation for Democracy. He fervently believes that youth are assets to national development and works ardently to create a space for them to thrive in Caribbean societies.

Nick Francis graduates with a 4.23 grade point average that has earned him First Class Honours in the BSc Youth Development Work along with the coveted role of class Valedictorian.

He credits his success in life to a strong spiritual foundation, good parenting and the unconditional love of family and friends.

Mr. Francis will deliver the 2017 Valedictory Address at the upcoming Graduation Ceremony to be held in Grenada, on October 14, 2017.

7th Day Adventists commended for their contribution in SVG