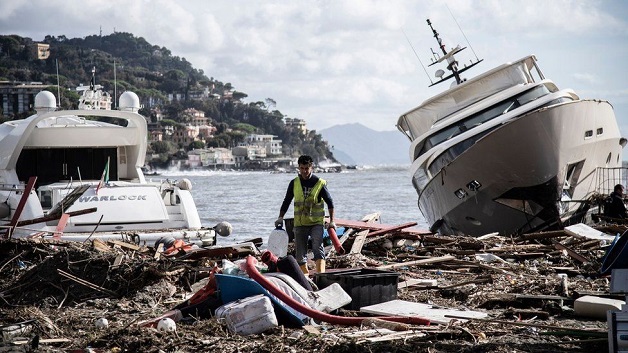 Italy has been battered by fierce winds and rain which have left at least eight people dead across the country, while schools and tourist sites closed in several regions amid fears for peoples’ safety.

In the canal city of Venice, rising floodwaters have overwhelmed many of its famed squares and walkways; with officials saying as much as 75 percent of the city is now submerged.

Venice’s central St. Mark’s Square was closed yesterday afternoon, after the water level reached high water of 156 centimeters. It is the fourth highest level ever recorded.

According to the BBC, in spite of the flood, many people – tourist and locals alike – appeared determined to forge ahead with business as usual.

All systems in place for tomorrow’s General Election, according to Supervisor of Elections