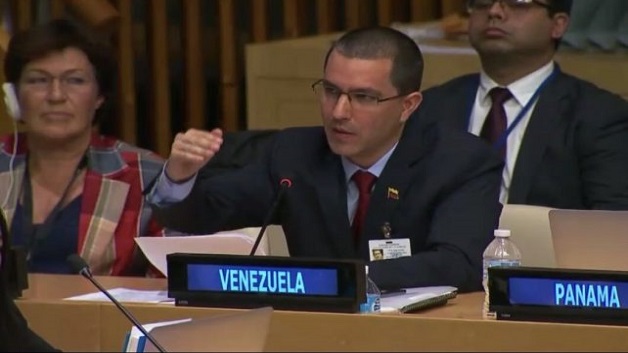 Venezuela has written off Dominica’s outstanding US$100-million PetroCaribe debt in a gesture of solidarity between the two countries in the wake of Hurricane Maria.

According to Dominica News Online, the announcement was made by Jorge Arreaza, Venezuela’s minister of foreign affairs, who said he was instructed by President Nicolas Maduro to announce the debt forgiveness.

“Due to the difficult conditions facing our brethren in Dominica after the passage of Hurricane Maria, Venezuela is announcing the start of a process of debt forgiveness in the short and long term for supplies of PetroCaribe from its creation until September 10, 2017,” he said at a meeting on Tuesday.

“This means the cancellation of a sovereign debt that exceeds US$100 million in order to allow the government of Prime Minister Roosevelt Skerrit funds for the reconstruction of his country, as well as the creation of a fiscal space that allows access to new credits.”

The PetroCaribe initiative was started by Venezuela’s late President, Hugo Chavez. It is an alliance between Venezuela and a number of Caribbean countries where oil is purchased on condition of preferential payment.