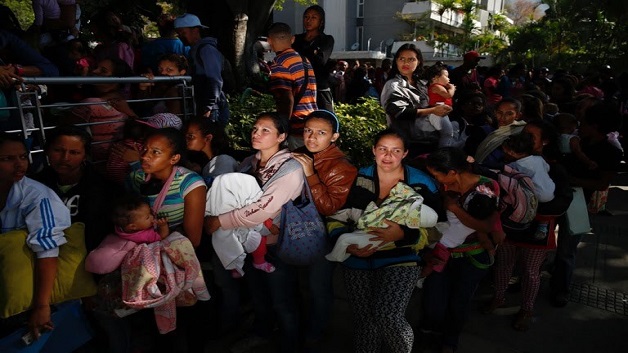 Oil-rich Venezuela is facing one of the world’s worst humanitarian crises, according to the United Nations.

Extreme poverty has jumped 40 percent, deaths related to child malnutrition are on the rise, and millions have fled the country in the past two years.

Many inside and outside Venezuela blame the policies of socialist President Nicolas Maduro but his supporters point to the opposition, and also “imperialist forces” outside the country – including the United States, which has imposed sanctions.

According to the BBC, Mothers and children have been among those hit hardest.

Eastern military forces have taken of town in Tripoli

Opposition votes to end states of emergency in Jamaica