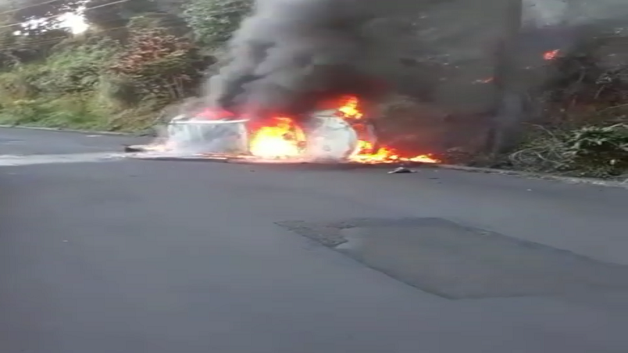 Police are investigating the circumstances of a vehicular accident that occurred in the vicinity of the La Croix public road, resulting in one of the vehicles bursting in flames.

According to police report, Motor Vehicle (MV) P-8822 ran off the public road while travelling towards Mesopotamia, struck an electrical pole, overturning and caught fire and was completely destroyed where HN-828 travelling in the opposite direction received minor damages to the front of the vehicle.

Driver of MV P-8822, Mr. Carlos James, was transported to Milton Cato Memorial Hospital to seek medical attention having sustained injuries to his fingers on his right hand and bruises about his body.