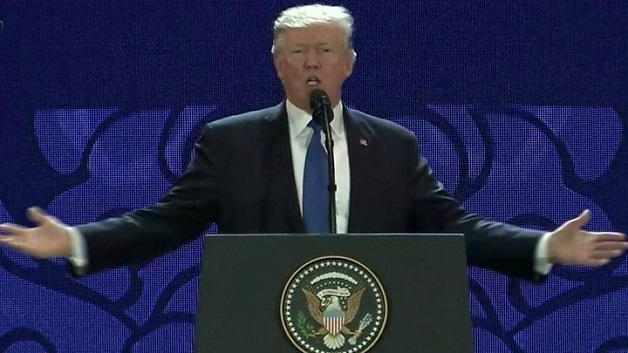 President Donald Trump has said the US will no longer tolerate “chronic trade abuses”, in a defiant address at the Asia-Pacific Economic Co-operation (APEC) summit in Vietnam.

APEC brings together 21 economies from the Pacific region – the equivalent of about 60% of the world’s GDP.

Mr. Trump said he would always put US interests first and Apec nations should “abide by fair reciprocal trade”.

Mr. Trump is currently on a five-nation Asia tour, with China one of his stops.

Since taking office, President Trump has pursued his “America First” agenda and pulled the US out of the regional Trans-Pacific Partnership – a major trade deal with 12 Apec nations – arguing it would hurt US economic interests.

Young man dies after being stabbed in Kingstown