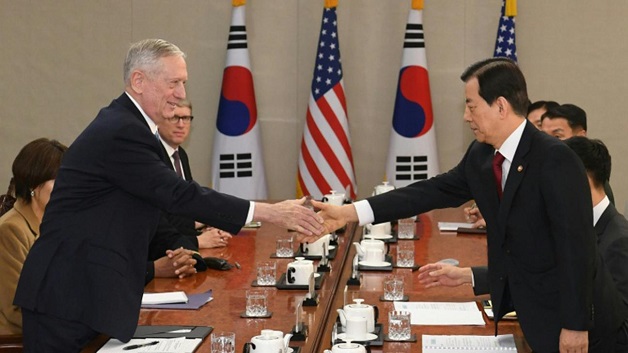 The US Defence Secretary James Mattis has said any use of nuclear weapons by North Korea would be met with an “effective and overwhelming” response.

Mr. Mattis spoke in South Korea, where he had been reaffirming US support, before flying to Tokyo.

He also reconfirmed plans to deploy a US missile defence system in South Korea later this year.

Mr. Mattis’ two-day visit comes amid concern that North Korea may be readying to test a new ballistic missile, in what could be an early challenge for Donald Trump’s administration.