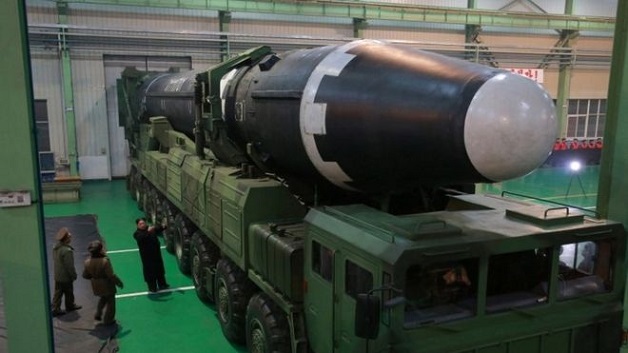 The United States hopes to see “major disarmament” by North Korea by the end of 2020, Secretary of State Mike Pompeo says.

His comments come a day after an unprecedented meeting between President Donald Trump and North Korean leader Kim Jong-un in Singapore.

They reached a short agreement to “work toward complete denuclearisation of the Korean Peninsula”. But the document has been criticised for lacking details on when or how Pyongyang would give up its weapons.

Speaking in South Korea, where he discussed the outcome of the summit, Secretary Pompeo said there was still “a great deal of work to do” with North Korea.

But he added: “Major disarmament… We’re hopeful that we can achieve that in the two and half years.”

According to BBC News, Pompeo said he was confident Pyongyang understood the need for in-depth verification that it was dismantling its nuclear programme.

It comes after President Trump declared that North Korea was no longer a nuclear threat, insisting “everybody can now feel much safer”.

US secretary of state to visit Guyana

Tensions rise between the government and Kurdish militants in Turkey