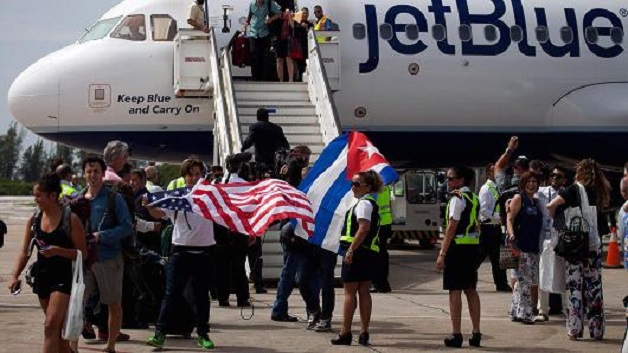 The Trump administration is imposing travel and commerce restrictions on Cuba that will make it harder for Americans to visit the island nation.

New rules are coming out today that put in place President Donald Trump’s partial rollback of the Obama administration’s diplomatic opening with Cuba.

Americans wanting to visit Cuba will have to go as part of organised tour groups run by US companies. A representative of the sponsoring group must accompany the travellers.

According to the Associated Press, the Treasury Department is exempting trips booked before Trump announced his Cuba policy on June 16.

The State Department is also publishing a list of dozens of hotels, shops and other businesses that it says are linked to Cuba’s military. Americans are banned from doing business with them — making travel even more complicated.