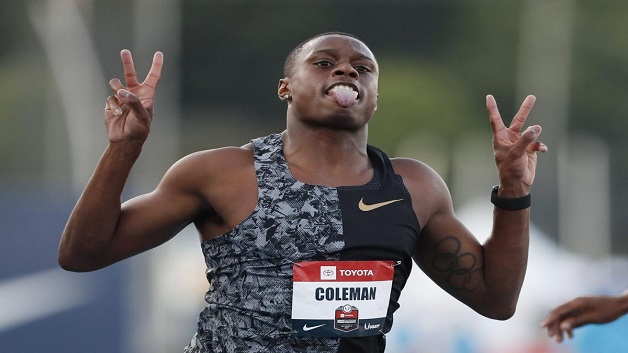 Top sprinter Christian Coleman will be eligible for this month’s world championships and next year’s Olympics after the US Anti-Doping Agency dropped his case for missed tests because of a technicality.

According to the Jamaica Observer, Coleman is the reigning US champion and a favourite in the 100 metres, a distance at which he holds the world-leading time over the past three years.

The worlds begin September 28 in Qatar, where Coleman will be looking to add to the silver medal he won in 2017. In that race, he finished a spot ahead of Usain Bolt, who was running in his last 100.

Coleman faced a possible sanction for three “whereabouts failures” over a 12-month period. That meant he either did not fill out forms telling authorities where he could be found, or he was not where he said he would be when they came to test.