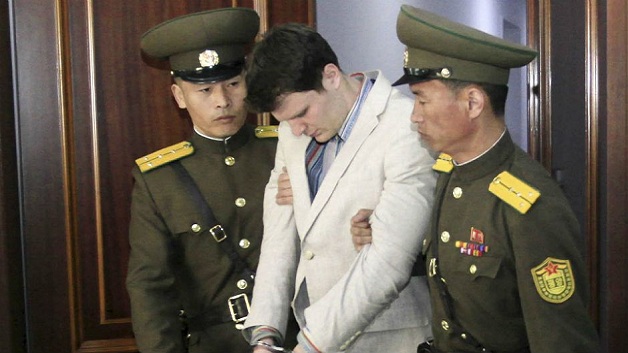 US President Donald Trump has called North Korea a “brutal regime” after the death of a US student who had been jailed there for more than 15 months.

North Korea returned Otto Warmbier, to the US last week, saying he had been in a coma for a year and that it was acting on humanitarian grounds.

His parents said he had been subjected to “awful torturous mistreatment”.

The 22 year old man, who was jailed for trying to steal a propaganda sign from a hotel, did not regain consciousness.

According to BBC News, Mr. Trump said that a “lot of bad things happened” to Mr. Warmbier, but added: “At least we got him home to be with his parents, where they were so happy to see him, even though he was in very tough condition.”

President Trump said Mr. Warmbier’s death had deepened his administration’s resolve “to prevent such tragedies from befalling innocent people at the hands of regimes that do not respect the rule of law or basic human decency”.

“The United States once again condemns the brutality of the North Korean regime as we mourn its latest victim.”

South Korea’s President Moon Jae-in told CBS News today it was “quite clear” that North Korea had “a heavy responsibility in the process that led to Mr. Warmbier’s death”.

Man suspected of shooting two US journalists on live TV is under arrest after...

Public told to expect a full list of all Antigua and Barbuda diplomatic passport...