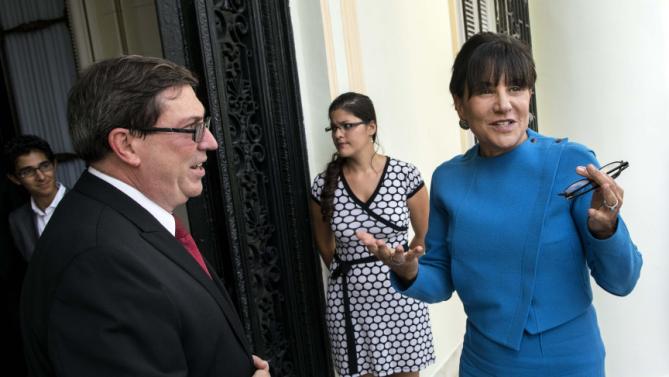 US Commerce Secretary Penny Pritzker wrapped up her visit to Cuba on Wednesday by saying both sides need to learn more about each other as they work to improve relations.

She also reiterated that President Barack Obama wants to see an end to the US trade embargo against the island, but cautioned that would not happen quickly, alluding to the fact that many Republican lawmakers and some Democrats oppose lifting the embargo at this stage.

Pritzker said Cuba’s dual currency system is a challenge for outside business interests and the island’s regulatory system is not adequate to attract large investment.

Earlier in the day, she urged the Cuban government to let private enterprise thrive and to give its citizens greater access to the Internet.