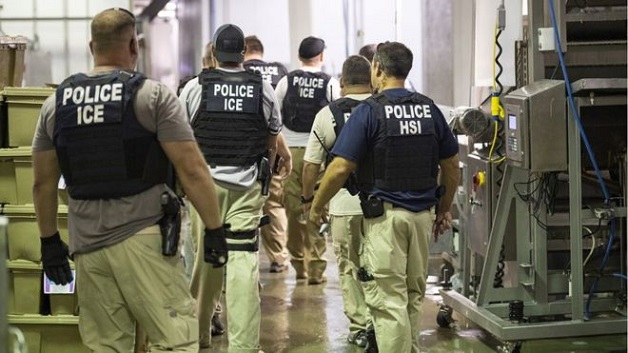 US immigration officials have arrested almost 700 people after a series of raids in the state of Mississippi.

According to the BBC, the co-ordinated operations targeted workers at seven agricultural processing plants who allegedly did not have proper documentation.

Videos and photos showed agents arriving in buses to question and arrest the people.

Some children were taken to a local gym after they came home to find their parents gone.