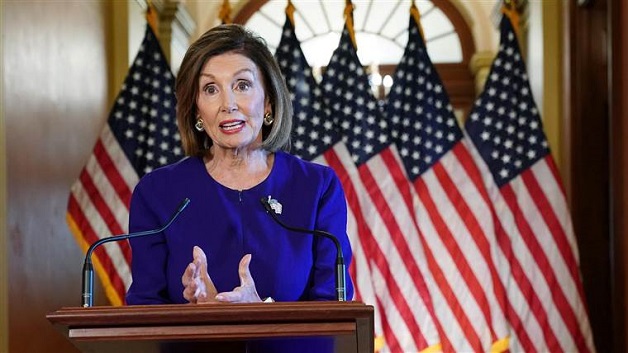 According to Aljazeera, the announcement comes amid reports that Trump may have abused his presidential powers and sought help from a foreign government to undermine former Vice President Joe Biden, the current Democratic frontrunner, and help his own reelection.

In a summer phone call with Ukrainian President Volodymyr Zelensky, M r. Trump is said to have asked for help – investigating Biden and his son Hunter.

In the days before the call Trump ordered advisers to freeze $400m in military aid for Ukraine – prompting speculation that he was holding out the money as leverage for information on the Bidens.

Trump has denied that charge, but acknowledged he blocked the funds, which was later released.

The Trump-Ukraine phone call is part of the whistle-blower’s complaint, though the administration has blocked Congress from getting other details of the report, citing presidential privilege. Trump authorised the release of a transcript of the call.

Trump said blasted the inquiry today – as “Witch Hunt garbage – noting that the phone call was friendly and appropriate.

SVG Christian Council to host a Theological Reflection and Panel Discussion on the Cause...