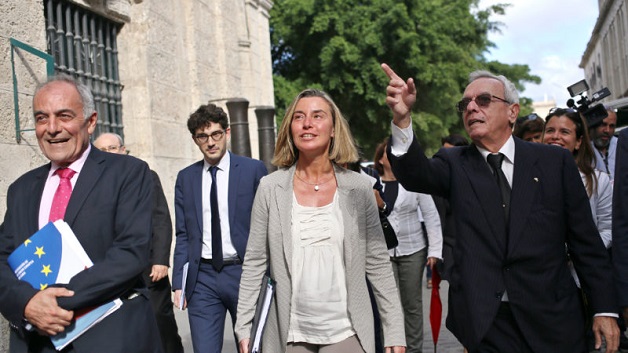 The European Union’s high representative for foreign affairs and security policy, Federica Mogherini, said on Wednesday in Havana that the EU has told the United States that its embargo against Cuba is not the solution, something that has been reaffirmed by the UN General Assembly vote last November.

“While some attempt to isolate Cuba, Europeans are closer than ever to the Cuban people and will not be alone in face of the US embargo,” Mogherini said.

In the face of those that want to build walls, Europeans want to construct bridges and open doors through cooperation and dialogue with the Caribbean island, she added during a conference with a group of ambassadors of European states, with the participation of students from the San Geronimo University in Old Havana.

For the EU representative the US anti-Cuba policy only worsens the quality of life of men, women and children that live on the island and it is obsolete and illegal.

The European Union will continue working to end the embargo, she said.

The representative also rejected the application of the US economic embargo against Cuba on European citizens, companies and interests.

US to open all combat roles to women