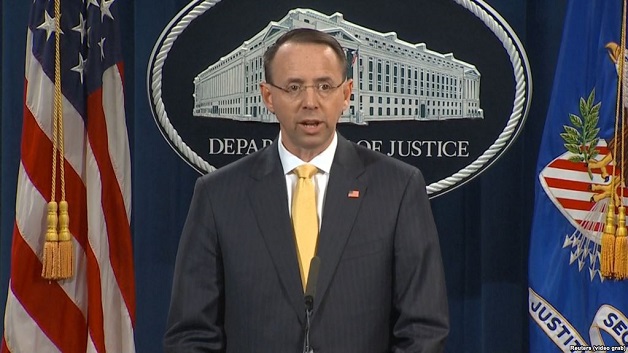 The US deputy attorney general has had an “extended conversation” with the president, the White House says, amid doubts over his future in the job.

Rod Rosenstein, who oversees the special counsel’s Russia inquiry, is set for crunch talks with Donald Trump on Thursday, said the White House.

Mr. Trump has said he had not decided whether to fire Mr Rosenstein.

Mr. Rosenstein was summoned to the White House today amid a report that he was expecting to be fired and had verbally resigned to the president’s chief of staff.

But White House press secretary Sarah Sanders said afterwards: “At the request of the Deputy Attorney General Rod Rosenstein, he and President Trump had an extended conversation to discuss the recent news stories.

“Because the President is at the United Nations General Assembly and has a full schedule with leaders from around the world, they will meet on Thursday when the President returns to Washington DC.”