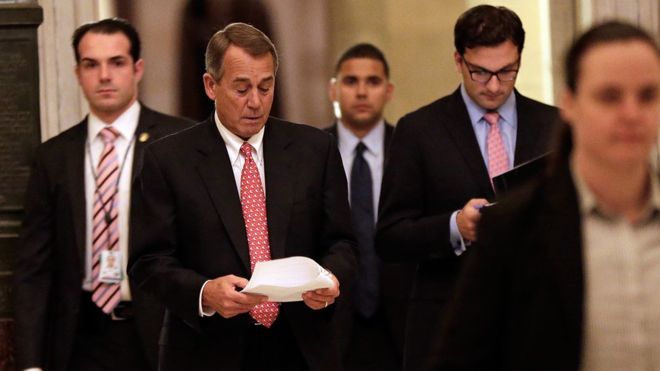 Republicans in the US Congress have reached a compromise budget deal with the White House to avert the prospect of a renewed government shutdown.

If passed by both houses, the two-year deal will increase spending by $80 billion. It will be the last budget deal reached by President Barack Obama, lasting until March 2017.

The government needs to raise its borrowing limit by November 3rd or risk defaulting on its debts.

The deal is also the last to be reached by House Speaker John Boehner before he retires from Congress. He is expected to hand the reins of Speaker to Rep. Paul Ryan on Thursday and retire on Friday.