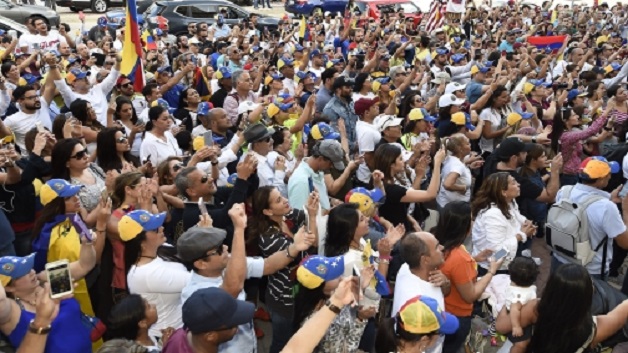 The United States is “concerned” about the situation in Venezuela, where deadly clashes broke out yesterday in mass protests against President Nicolas Maduro, Secretary of State Rex Tillerson said.

“We are concerned that the government of Maduro is violating its own constitution and not allowing the opposition to have their voices heard nor allowing them to organize in a way that expresses the views of the Venezuelan people,” he told reporters.

“Yes, we are concerned about that situation. We’re watching it closely.”

Tillerson said the United States was working with the Organization of American States (OAS) to express these concerns to Venezuela.

At least three people are reported to have been fatally shot in yesterday’s protests in Venezuela.

Violence erupted when thousands of opposition protesters tried to march on central Caracas, where red-clad Maduro supporters were massed for a counter-demonstration.