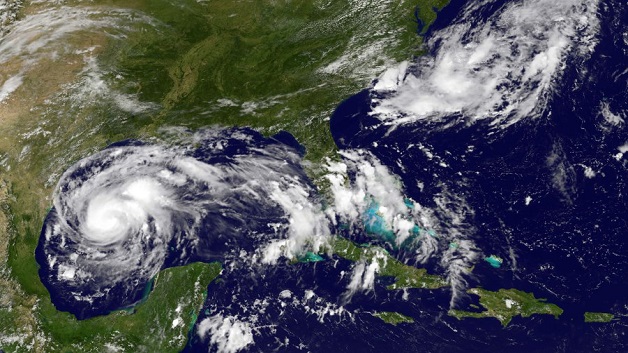 Texas is bracing itself for Hurricane Harvey, which may be the worst storm to hit the US mainland in 12 years.

Harvey, currently a category two storm in the Gulf of Mexico, is expected to make landfall on Texas’ central coast late on Friday or early Saturday.

According to BBC News, the National Hurricane Center said storm surges may bring life-threatening floods in and around Houston.

The National Hurricane Center (NHC) said Harvey – which has been gaining strength – will also strike at the heart of Texas’s oil refining industry.

Houston, the fourth biggest city in the US, could face up to 20inches of rain over the coming days, officials there said.

Meteorologists are warning of extremely high volumes of rainfall as the storm stalls over the middle Texas coast. They say Harvey could remain in the area, dumping rain until the middle of next week.

On top of that, the central Texas coast is likely to see a significant storm surge – this happens when low pressure at sea “lifts” tides to a level higher than normal, up to 12feet in this case, and high winds then blow the water in land.

Farmers need to pay greater attention to the quality of products for export, says...